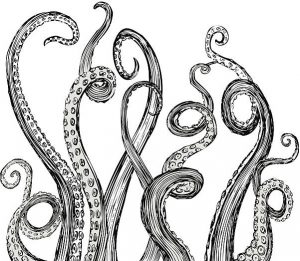 Strawberries are evil, hate-filled sacks of misery. The damage they do to the planet, and all hope and joy upon it, is immeasurable. If you’re someone who eats strawberries you will also merrily urinate on the graves of war heroes and throw kittens onto fires. And have you seen how they spread? The tentacles of these fruits reach far, into every corner of your garden, conducting deeds incandescent and humming with restless, frenzied ire as they do so. Created by the devil himself and studded with his putrid seed, they are the reason shame, violence, doubt, insecurity and disgust plague your every thought, and are the distillation of everything we truly fear.

Unless I’m making an Eton Mess, in which case I really don’t have a choice but to toss some in the mix. They actually taste quite good.

Clearly ridiculous, but not dissimilar to what Beavertown have told us recently. There’s such fervent debate, and now, with a flagship event now in the balance, fuel is being poured on with a fire hose.

If you didn’t already know, Logan Plant, Mr. Beavertown, was extremely outspoken regarding the evils of “Big Beer” until a few months ago. He then announced that his plans for Beaverworld could go ahead due to floods of money coming from Heineken in return for a minority share in the business. The only way he could make an Eton Mess was to tell us that strawberries weren’t actually all that bad, and those tentacles were actually just a big, lovely hug.

But how can you expect your followers – to whom you’d been preaching the exact opposite – to stay loyal after such blatant hypocrisy? You can’t – and with this bunch, you really can’t. Beavertown’s peers have also been quick to respond, dropping out of key events and distancing themselves. This may seem noble, but they know a sinking ship when they see one. They know sticking two fingers up to their deserting, cowardly, villainous former platoon mate will delight the hard line craft militants.

It appears that those who go into their local bottle shop and pick up the latest DIPA or Pomegranate and Frangipane Sour (not a bad idea actually) have decided that it is they, the chosen ones, who must create the brewers code of ethics and forever be its custodians. It isn’t enough to stop buying it, you must expose those who do not measure up, you must light torches and grab pitchforks, you must put them in the stocks and spit in their faces. YOU MUST!

Why? I don’t know. It’s a shame Logan lied, but he doesn’t shoot polar bears for fun. These finger-waving puritans use toothpaste but I doubt it is made by a local independent in small batches by earthy, dungaree-wearing artisans. One Twitter response to this point was that you couldn’t lead a wholly ethical life but you can make a difference when it is something you’ve invested in, and just because you buy Nike doesn’t mean you can’t have an opinion about this. This is entirely true, but I didn’t mention ethics. You say you’re upset about selling out to big business, and big business is bad! But only when it makes beer apparently. A lot of these enraged craft-guzzlers will never buy a Gamma Ray again because of its ties to big business yet merrily support ExxonAppleGloboCorp.

It isn’t about big business at all though; it’s about messing with the identity of the beer geeks, a fully signed-up, dedicated, and furiously loyal fan club. It’s the devout that hurt the most when an idol falls from grace. Poor loves. Let’s set up a special support line.

That’s right. The cute one from the boyband has a girlfriend and now you hate them both. You had the poster, the badge on your bag, and the pencil case. He’s not yours anymore and it really stings. He meant everything to you, he sang about wanting to be with someone just like you, he knew you were beautiful on the inside and didn’t care about the fit one from the girl group. How could he?

There’s no need to feel embarrassed, he was very convincing. But, ultimately, he just wanted to sell records.