The modern beer scene can seem like one big, hoppy family, back-slapping and cheering each other on in the fight against the big boys. Bigger independents will often suggest they’re not just in it for themselves but helping lead the battle against the macros.

It’s naïve to think that any brewery would sacrifice sales for the good of the industry, and the big players aren’t ruthlessly ambitious, focussed, and business-minded. Despite having now vacated their places in the Small Brewery Duty Reform Coalition, some major names were looking to cement their position in the craft pecking order while keeping other breweries very much in their place. Announcing your core range is selling in Waitrose while campaigning for the smallest in your ranks to pay more duty isn’t what you’d expect of an allied force.

And those smallest breweries can’t afford to wish their peers the very best of luck, most have spent fortunes buying kit and every sale counts. They won’t cheer when they see a newbie take their place on the shelf of a bottle shop.

“Did you get a sale at Craft Monkey Bottles, Pretentious Wines or Sally’s Libations?”

“No, but I see they’ve all taken the full range from Cock & Ball Brewing down the road, so it’s all good.”

“Yes, as long as the industry is doing well.”

I don’t think so.

Taking on Heineken is not on the radar for the smallest breweries, they aren’t on a giant-killing crusade, they’re looking over their shoulders while they check the bank account.

The other matter with claiming more of the pie – without considering the inevitable backlash from years of telling consumers what’s genuine, real and authentic in a pompous, hipster fashion – is that many people just don’t care. Yes, the scene is relatively young, but there are very few people who don’t know of the option to buy Craft Beer.

Constant growth is not realistic or to be expected. How many companies have tried to make new, quality cola drinks, mayonnaise, or jeans? Consumers have endless choice and new brands constantly hitting the market, but they still drink Coca-Cola, eat Hellmann’s, and wear Levi’s. Why is beer different? Folks buying a case of Bud Lite with every trip to Walmart enjoy drinking something that tastes like sparkling water, is refreshing, and slowly gets them merry while they sit in the sun. What’s wrong with that? They’re not stupid, uncivilised, or just waiting for someone to open their eyes to the joys of a modern IPA. To suggest otherwise is patronising and condescending – things the beer scene can do very well.

Some US breweries are concentrating so much on small scale and local that they’re producing beer for a single bar. This spotlight on provenance and quality is amazing, and is the distillation of what Craft Beer is supposed to be about – but it’s hardly going to have Coors quaking in their boots. Moreover, the slowdown in US Craft Beer growth is continuing. If this is a war, the generals at World Beer Corp. are sitting back smoking fat cigars.

Craft Beer is reaching its level, and that’s okay. Once we get to a natural order of things there will be small wins and the occasional Stone or BrewDog. Small breweries in the UK will close when the trajectory eases here because there isn’t unlimited growth and shelf space. Breweries can’t keep opening at the rate they are and all expect a rosy future. I wish they could.

I don’t want a world full of bland beer made by corporations, far from it. But maybe it’s time to ease the pressure on growth, find a different way of spending the inheritance, admit that Beavertown aren’t looking out for you too. A new brewery opening every six seconds doesn’t help the cause. Being able to make a decent hazy IPA (PLEASE PICK SOMETHING ELSE TO MAKE!) isn’t a hammer blow to Budweiser sales, or what will make you your fortune.

If small breweries are going to make a difference, they will have to learn that saturation isn’t the answer, an army at war with itself is not effective, and, most importantly, a point of difference is exactly that. Craft Beer is an alternative to World Beer Corp., a high end product. In order to demonstrate your underdog status, your unique worth, and your niche, you need the big ol’ bully to exist. Even then, there are enough ready and extremely happy to accept a big fat cheque to become part of the bully’s gang.

I love the choice and variety, but as an observer and realist I see a crowded, slowing market, and wonder if brewers should ask if they’ll ever see a return from ploughing everything they have into Beard, Plaid & Tatt’s Brohaus. I don’t want the big guys to win, I just don’t want the little guy to lose everything. 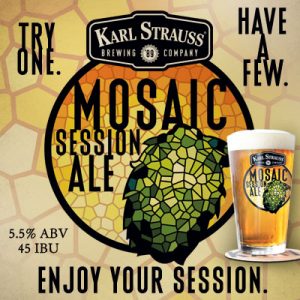